Who Was Saint Patrick and Should Christians Celebrate St. Patrick’s Day?

Who Was Saint Patrick and Should Christians Celebrate St. Patrick’s Day?

This article is from: https://www.ligonier.org/blog/who-was-saint-patrick-and-should-christians-celebrate-st-patricks-day/

When it comes to Saint Patrick, the true story is even more exciting than the legend and the myth. The facts are far better than the fable. This day that belongs to St. Patrick has become about leprechauns, shamrocks, pots of gold, and green—green everywhere. Famously, the City of Chicago dumps forty pounds of its top-secret dye into the river. A green racing stripe courses through the city. But long before there was the St. Patrick of myth, there was the Patrick of history. Who was Patrick?

Patrick was born in 385 in Roman Britannia in the modern-day town of Dumbarton, Scotland. Patrick opens his autobiographical St. Patrick’s Confession with these opening lines:

My name is Patrick. I am a sinner, a simple country person, and the least of all believers. I am looked down upon by many. My father was Calpornius. He was a deacon; his father was Potitus, a priest, who lived at Bannavem Taburniae. His home was near there, and that is where I was taken prisoner. I was about sixteen at the time.

Patrick skips over much of his first sixteen years. But who can blame him? At sixteen and being captured by barbarian Irish pirates is a pretty exciting place to begin a story. When the pirates landed on the Irish coast, they took Patrick about 200 miles inland where he was a shepherd and farm laborer. Six years passed and Patrick had either a vivid dream or a vision in which he was shown an escape route. Emboldened, Patrick made his break from his captors, traveling back over the 200 miles to the shoreline. As he approached the docks, a British ship stood waiting. The sails unfurled and Patrick was home. But he didn’t stay long.

Before he was a prisoner, Patrick’s Christian faith meant little to him. That changed during his captivity. His previously ambivalent faith galvanized and served to buoy him through those long, dark days. Now that he was back in his homeland he committed to his faith in earnest. He became a priest and soon felt a tremendous burden for the people that had kidnapped him. So he returned to Ireland with a mission.

Patrick had no less of a goal than seeing pagan Ireland converted. These efforts did not set well with Loegaire (or Leoghaire), the pagan king of pagan Ireland. Patrick faced danger and even threats on his life. He took to carrying a dagger. Yet, despite these setbacks, Patrick persisted. Eventually the king converted and was baptized by Patrick and much of the people of Ireland followed suit. A later legend would have it that Patrick rid all of Ireland of snakes. Snakes were not native to Ireland at the time. Instead, Patrick rid Ireland of marauding ways and a cultural and civil barbarianism by bringing not only Christianity to Ireland, but by bringing a whole new ethic. It was not too long ago that a New York Times’ bestselling book argued that St. Patrick and his Ireland saved civilization.

Patrick would come to be known as the “Apostle of Ireland.” He planted churches, the first one likely at a place called Saul, in Northern Ireland, a bit inland from the coast and just below Belfast. Patrick planted more churches as he crisscrossed Ireland. The challenge with Patrick is sifting through the legend. Take the shamrock for instance. Some biographers claim definitively that Patrick used the shamrock as an object lesson to teach pagans about the Trinity, that God is one in essence and three persons, Father, Son, and Holy Spirit. There is no evidence, however, for such a claim.

Curiously, like most of his legend, St. Patrick is not even truly a saint. He has never been canonized by the Roman Catholic Church. Patrick himself told us he was a sinner, not a saint.

Legend further has it that Patrick died on March 17, 461. He likely died in Saul, where he planted his first church. A significant monument stands atop the hill overlooking the town. Panels depicting scenes from Patrick’s life surround the monument’s base.

What casts a far greater shadow than his monument, however, is St. Patrick’s Day. And that day in the middle of March raises a significant question: Should Christians celebrate St. Patrick’s Day? If you do, you might want to consider wearing orange. Orange? Here’s why. After 1798 the color of green was closely associated with Roman Catholicism and orange with Protestantism—after William of Orange, the Protestant king. The holiday is certainly not to be used as means for excessive partying and celebration. But wearing orange and trying to tell people who St. Patrick really was might be a good way to celebrate.

So we remember Patrick best not in the legends and fables and not in the ways his holiday tends to be celebrated. Perhaps we remember him best by reflecting on the “St. Patrick’s Breastplate,” which has traditionally been attributed to him. The word breastplate is a translation of the Latin word lorica, a prayer, especially for protection. These prayers would be written out and at times placed on shields of soldiers and knights as they went out to battle. St. Patrick’s Lorica points beyond himself and his adventurous life. It points to Christ, the one he proclaimed to the people who had taken him captive:

Dr. Stephen Nichols is president of Reformation Bible College, chief academic officer for Ligonier Ministries, and the host of the podcasts 5 Minutes in Church History and Open Book.

What you can read next 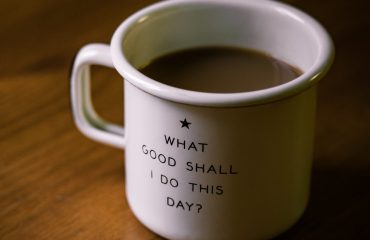 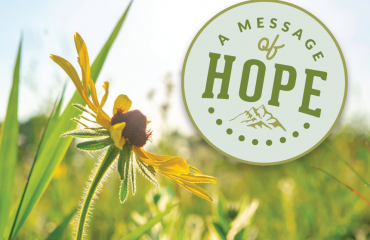 The success of our Church depends on participation from people like you. Get involved in our Ministries - it will change your life.